COMMITTED TO THE HIGHEST STANDARDS

At Parc Aventure, children aged 4 to 7 follow courses designed and reserved for them. They are attached to a continuous safety cable; it is impossible for them to become detached.

From the age of 8, adventurers are equipped with a so-called “intelligent” self-belay system. The two karabiners are interconnected, and once attached to the cable, can be opened only one at a time.

The staff’s role is not only to advise, guide and reassure adventurers, but also to be constantly on alert and available to provide assistance, quickly and effectively, when needed. At Parc Aventure, all seasonal members of staff hold a certificate in adventure rope park safety and operation: they are adventure professionals.

Parc Aventure conforms to the European standards in force. These set requirements regarding design, construction, control and servicing of the courses as well as operational requirements that guarantee the appropriate level of safety and maintenance.

Each day, before the park opens, a routine inspection is carried out on all the courses. The harnesses, lanyards and karabiners are also checked before and after they are made available to customers. Throughout the season, functional inspections in line with the manufacturer’s operating instructions allow the identification of any structural deteriorations. Regular controls are also carried out by an independent inspection body.

THE  OF PARC AVENTURE

Easy-to-use security system
Interconnected karabiners, which can be opened only one at a time.
Constant presence of staff,
ready to help or intervene when necessary
Daily rigorous inspections,
of equipment and infrastructure

We take our responsibilities seriously: we attach great value to the environment in which we operate and are committed to preserving it. The construction, operation and maintenance of the parks are based on the greatest respect for the forest, which is protected and continuously monitored.

A commitment to the environment

To reconcile leisure and protection of the environment, we apply some simple but effective principles:

Since 2001, Parc Aventure ® offers great adventures. Hair rising experiences await you in our 3 parks, all within absolute safety.

Inauguration of the first park in Switzerland, in Aigle 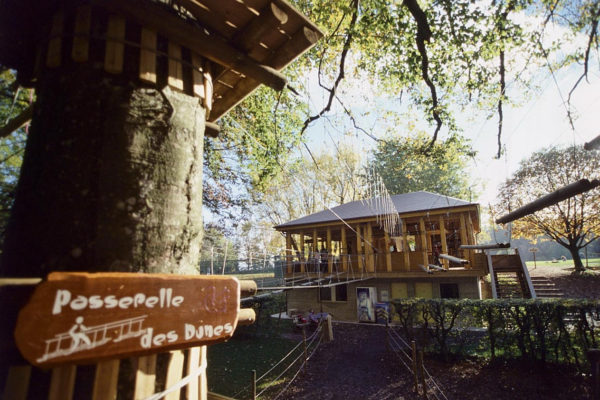 Inauguration of our second park, in Signal de Bougy 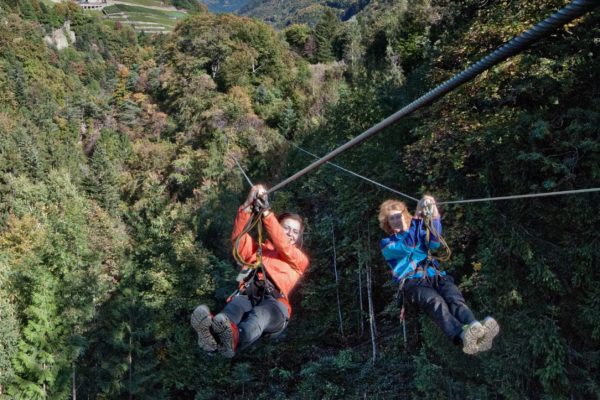 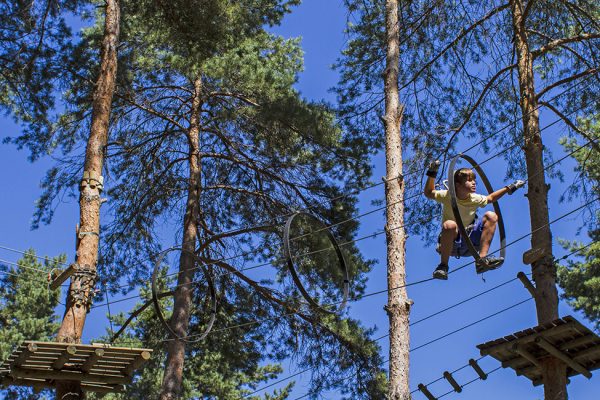 Inauguration of our 3rd park, in Sion

New security system, with interconnected karabiners, which can be opened only one at a time

New Quick Jumps in the 3 parks 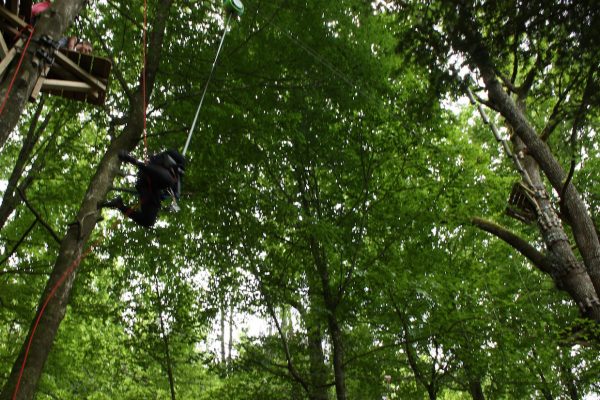 Conception and construction of a Tyro Jump (in Aigle) 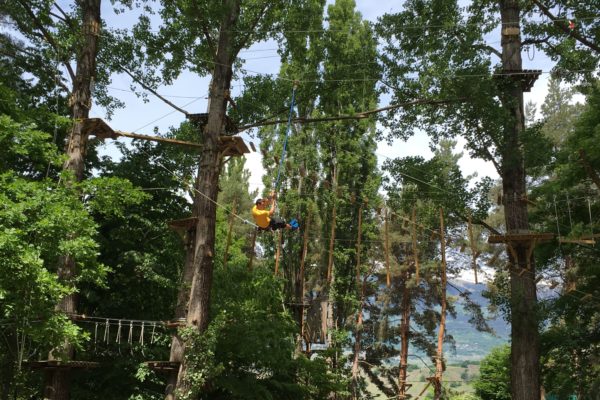 Conception and construction of a Speed Tyro in Sion 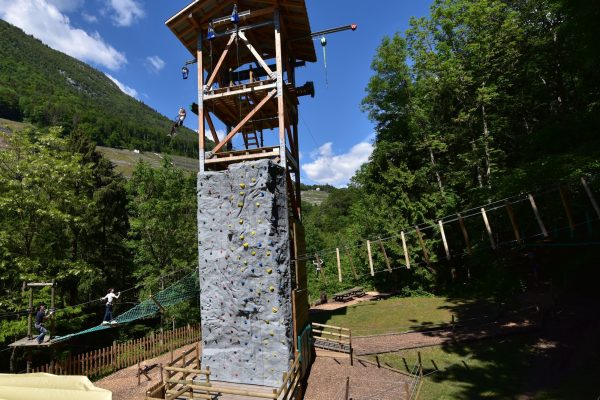 New Adventure Tower in Aigle, with a climbing wall, a Quick Jump and a Relax Jump 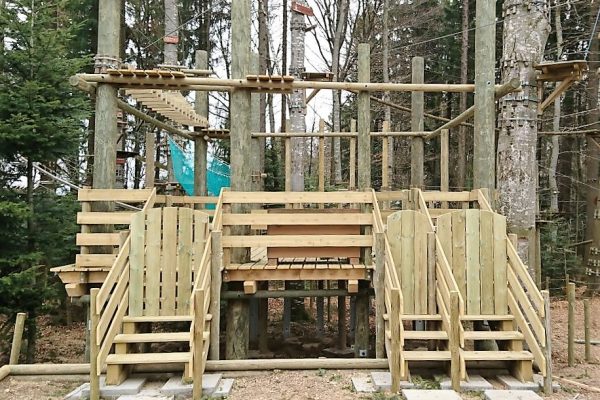 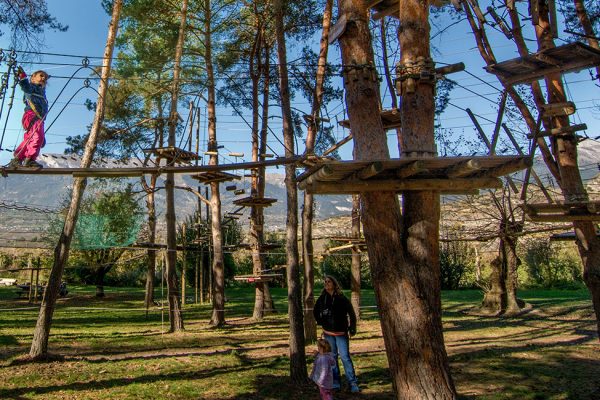 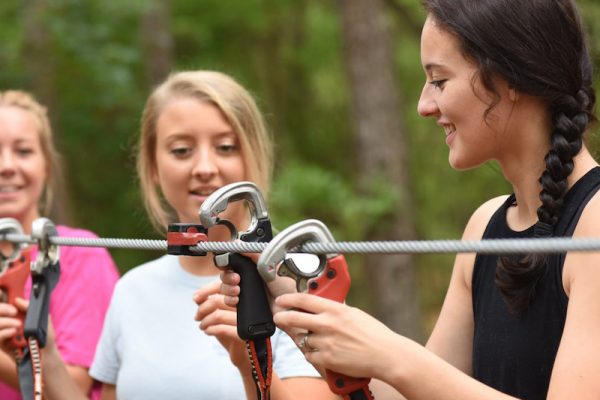 New security system, ergonomic and easy to use

The success of Switzerland’s adventure parks began with an entrepreneur full of ideas and enthusiasm. Thierry Chevalley, head of the Villars Ski School (the first independent ski school), had always been an innovator: his school was the first to offer lessons in snowboarding, for example, and, later on in ski carving technique. While he was looking for an alternative activity for the summer, he discovered the concept of “accrobranche” in France and decided to import it into Switzerland. He teamed up with an associate to build his first forest adventure park in Aigle in 2001.

In 2011, the two associates decided to separate the construction and management divisions, while continuing to collaborate closely. Thierry Chevalley took over Parc Aventure and operation of the parks of Aigle, Sion and the Signal de Bougy.

He has remained faithful to the pioneer spirit of the early days and inspires his teams with the same ethos. In 2011, he was the first to work with a so-called “intelligent” safety system, which ensures that adventurers are unable to unhook both karabiners at the same time and find themselves unattached to the safety cable 20 metres above the ground. Each year, he offers new attractions to adventurers. 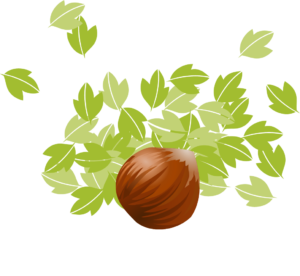 Our parks are closed for Winter

We are looking forward to welcoming you for new adventures and, in the meantime, wish you a nice Winter!